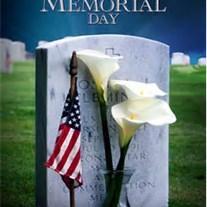 My dad was a young Marine, home for the first time after his recent stint in Okinawa.  As he went through all of his pictures with his dad, affectionately called Poppa, he pointed to points of historical interest, the suicide cliffs, etc.  My Poppa listened for a while, but finally said, “Boy, you don’t have to explain this stuff to me.  I was there, only I wasn’t running around with a camera in flip-flops.”

Poppa wasn’t there with a camera and flip-flops.  He was there as a 17-year-old man who enlisted voluntarily because he knew he was going to be drafted and he wanted to join the Navy.  Poppa was there for the Battle of Iwo Jima.  His ship was responsible for communications between ship and land, and his LST was close enough to be hit by arms fire.  When an LST ship was docked here at New Albany in past years, we took a family trek to the ship, and my grandpa, in this seventies at the time, was able to tell us where his station was on deck.

Poppa was a big man with a big voice, towering at about 6’3″.  His laughter was just as loud, and I heard many of his friends describe his smile as “a shit-eating grin” at his wake.  There were tales of my dad and uncle being chained to a knothole in the floor at the old farmhouse when they acted up–now that’s a time-out!  There were tales of his nailing people’s shoes to the porch (ask Wayne Daub, who spent a few weekends at our family farmhouse as a teenager).  Poppa was always joking and teasing.

Poppa was the chef of the family.  We gathered for countless meals, holidays and otherwise.  There was always two vegetables served with dinner.  The only fear I ever felt in Poppa’s presence was when I was about to burst at the seams on my second helping of whatever he had made.  There was a rule:  Take what you want, but eat what you take.  I wasn’t going to be the one who broke his rule at his table.  He was able to tell his wife of 59 years that he loved her one last time before he died.  He hadn’t been able to get around in later years, so he had asked my Uncle Pete to go to the store to buy my grandmother some flowers and a card.  My uncle found him when he came back to deliver her gifts.  The last flowers that he bought her were sitting on the counter in the kitchen as we laid him to rest. He died in his kitchen of a massive heart attack in August of 2007.  He is gone, but not forgotten.

Dad is no longer a young Marine; he is a retired Marine who has spent his Memorial Day for the past several years honoring our country’s fallen heroes by participating in the Run for the Wall.  We are with him in spirit in remembrance of those that have given the ultimate sacrifice for our freedoms.